Why You Need To Include Videos In Your Marketing Techniques

For several reasons, video has become a super-effective online marketing tool that every serious Hotel Marketeer must include in their marketing techniques. To underscore this opinion, here are some of the facts Google discovered among Asia Pacific travelers.

Believe it or not, an average traveler in Asia Pacific watches about two hours of videos a day, travels about 5 times a year and spends close to $4,000 on travel expenses in a single year. In addition, it is also worthy of mention that most of the videos they watch are about their prospective travel destinations. In fact, they watch about 5 travel videos in a week about their prospective travel destinations.

This really should not come as a surprise because the best way to describe a certain location is through videos. According to a popular saying, a picture is worth a thousand words. If that is correct, then a video will be worth over a billion words.

According to Google’s research, travelers in Asia Pacific spend 75 percent more than average travelers on travel expenses. This is probably because they take international trips twice as often as average travelers. One other thing that Google observed is that price promotion sways them twice more because they are naturally twice more interested in adventure travel and shopping.

The biggest point here is that online advertisements have 2.5 times more effect on them. This is why if you really want to attract customers within Asia Pacific, you must focus on video advertisements. When you consider these findings, you will understand travel industry and other industries should focus more on video engagements.

Another fact that shocking that will make you pay more attention to marketing videos is the fact YouTube gets about 83 percent of its audience in Asia Pacific. In other words, this region gives YouTube 83 percent of its regular viewers.

The number of queries on travel grows by 16 percent annually and the trend may not change anytime soon. What makes it more interesting is the fact that over 60 percent of the queries are destination specific. Now, here is the bomb, there is about 1.2 billion video users in Asia Pacific. Every Hotelier should be seeing the figure as prospective customers that can be attracted with videos.

In fact, several companies have started attracting customers with videos. The earlier you join the better. It is all about finding what people are looking for and giving it to them the way they like it through regular interesting videos. As a matter of fact, a smart company has driven up to a million engagements in Japan alone.

This is a wakeup call not just for companies offering travel-related products and services but also for all companies all over the word that Asia Pacific is filled with raw gold waiting to be tapped with great videos. 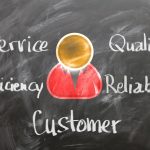