Google is currently expanding its suite travel products, and the fact that the Internet giant is encroaching into the online travel space, has left other players in the industry concerned. Presently Google has a lot of travel products like metasearch tools, Google Hotel and Google Flights. The industry players feel that the increasing travel ambitions of the company would cause a competition to ensue between Google and other metasearch engines who would be forced to transform to survive. OTA has spent billions of dollars advertising with Google, and it is unlikely that their position would be jeopardized.

During the WIT roundtable talk held this week, HotelCombined chief executive officer Hichame Assi said he is observing the internet giant carefully to decide his next step. In the same vein, co-founder of Qunar, Fritz Demopoulos said he believes that there would be a vertical integration until OTA’s and metas are inseparable from each other.

A study by the London School of Economics and Political Science stated that what is happening presently in the industry is the nascent beginning of the mega meta – OTAs. It is believed that these units will come into actuality because they have the freedom to negotiate with suppliers, although Google is acquiring a bigger foothold in the industry. OTA conglomerates own a lot of the major meta searchers such as Kayak, Trivago, and Qunar.

Amadeus senior vice president, Holger Taubmann said he is expecting speedy and large-scale alterations to happen in the mega meta-OTA scene. He believes that consumers expect a younger tech-savvy generation to spill over to the travel distribution space. The co-CEO of Fastbooking Guillaume de Marcillac, believes that Google would emerge victorious but would not become an OTA. Marcillac further added that Google doesn’t have what it takes to source for suppliers in an extremely fragmented industry with independent hotels. He said Google would rather prefer to work with large OTA partners to make the connection simpler.

Fastbooking makes use of Google as one of its distribution allies and it provides hotel management solutions. Marcillac also is of the view that Google’s growth has remained on the increase but that the largest meta searchers for hotels with regards to volume are TripAdvisor. Eric Zimmerman who is the director for Google Travel said in the course of a Question and Answer section at the WIT conference that Google in presently in a product innovation mode. He pointed out that stakeholders in the travel industry should keep watch on artificial intelligence technology as it would manifest fully in the nearest future. Zimmerman explained that Google is focusing on a wide gamut of travel problems and is not interested in the OTA business. He added that they are so many OTA company’s and that Google is not the right company to do that. 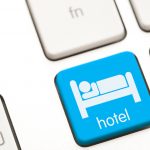 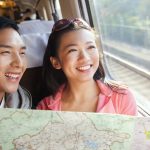