How Hotels Plan To Address Rising Acquisition Costs In 2019

Hoteliers have a host of challenges to overcome in 2019 and while some might chalk these issues to the same old stories of the past, finding ways to acquire guests that are less costly is a primary objective. While OTAs are continuing to grow and innovate at a pace that the average hotel chain cannot match, the major chains are left playing catch up.

Larger hotels are supposed to avoid the struggles because of their sizable distribution systems. Expedia and Marriott are slated to have tense negotiations and the results of these talks could have a massive impact across the industry, especially when it comes to commissions.

An independent hotel can experience a greater level of success by taking the time to target specific segments of an audience. They utilize third party distribution networks during the moments when they are needed most. Instead of fighting against OTAs, independent hotels can focus on the distribution outlets that are truly effective.

By the time 2019 is over, hoteliers everywhere will have a much stronger grasp on their distribution channels. Collecting the information that allows for educated decisions to be made is what allows a hotelier to make the best choices when it comes to guest acquisition.

Hoteliers no longer have to worry about companies like Expedia. Amazon, Google and AirBnB have taken over and the days of Expedia gobbling up every third party distribution channel have ended. This is music to the ears of hoteliers, who enjoy watching costs decrease because of increased competition.

Expedia may still refer to themselves as a premier travel platform in their advertising but the numbers say otherwise. In 2018, the company only accounted for 12 percent of all travel revenues generated in its largest territories: Canada and the United States.

The Importance of Book Direct Campaigns

Many big brands have launched campaigns encouraging customers to book directly. These efforts have stabilized booking rates for a number of larger companies. Online travel agencies are experiencing lower booking rates and this is great news for the hotel industry at large.

Google Could Change The Game

Now that customers can book hotels without ever having to leave Google, those who are early adopters are seeing a wide range of benefits. It is a distribution channel that is only going to grow in popularity in the years to come. Independent hotels are very encouraged by the early returns in this regard.

The Resolving of Rate Parity

OTAs and hotels agree on the idea of rate parity, in the sense that the rates should remain the same across all platforms. OTAs need to know that rates are going to remain the same or customers will simply shop around, avoiding them entirely.

Instead of focusing on OTA battles, hoteliers will want to make sure that they are utilizing the data that they already have on hand. The information that hoteliers have already collected about their guests should be used to make all future decisions. Profitable pricing and distribution starts with the proper usage of data. 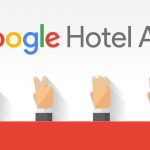 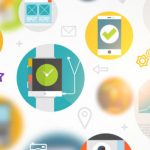