While outpacing the overall international average of 4 percent, China now boasts of a yearly increase of 30 percent thereby representing the highest percentage increase in search traffic. India comes next with a year-on-year search increase of 16 percent, while Indonesia followed in third place with just 12 percent.

According to the results for the first half of the year which was obtained from the Tourism Authority of Thailand (TAT), China and Russia were revealed to be the two main contributors to the inbound expenditure and inbound tourism. 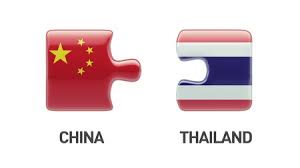 According to the governor of the agency, Yuthasak Supasorn, “The data offered perspective information on global travel behaviour and what regions are the most searched destinations in the country. It also revealed those inbound countries that were very much interested in Thailand.”

TripAdvisor’s spokesperson, Grant Colquhoun explained that “almost every traveler is interested in Thailand’s ever cosmopolitan capital city, delicious food, heritage towns, and tropical beaches. Along with insights on consumer behaviour, the available travel data on TripAdvisor also offers travel trends that are aimed at helping local hospitality businesses capture and cater to an audience of high intent travelers on a global scale.”

He further explained how excited they are to witness how engaged accommodation in Thailand is becoming on TripAdvisor. “Just last month, 53% of them responded to travel reviews on TripAdvisor”, he added. Results obtain from Thailand’s total inbound search traffic showed China topping the list and followed by the US, UK, Australia, and Russia

There are also increased interests from Chinese people living in Qingdao, Dalian, Hangzhou and other second-tier cities, searching for Thailand. As a result of improved flight connectivity to Southeast Asia as well as an increasing disposable income, there is now an increasing interest from second and third-tier cities in China toward becoming major outbound tourism markets.

As it stands, Beijing, Hangzhou, Dalian, Qingdao, and Shanghai are the top five cities in China with the highest increase in traveler interest to Thailand. According to TripAdvisor, they have a year-on-year search increase of 102 percent, 91 percent, 81 percent, 65 percent, and 61 percent respectively.

From every indication, the total number of international visitors to Thailand is expected to increase by 5 percent which will lead to an annual growth of 8.7 million tourists thereby boosting tourism revenue by 10 percent. So, by the third quarter of this year, the country is expected to make about 13 billion US dollars (B460 billion) in revenue.

With new flights from Istanbul to Phuket, Changsa to Chiang Rai, Guangzhou to Chiang Mai, and from Shenzhen, Bali, and Taipei to Bangkok, the new access from Turkey, China, Indonesia, and Taiwan can also be considered among the favorable factors contributing to the growth.