Although this feature was on TripAdvisor for quite some time, Google finally adds the ability to book a hotel. The interesting thing though is that this feature can be performed right via the search engine interface. The Google Hotels tool isn’t officially announced. According to numerous sources the new addition is found in multiple hotels from all over the US and the adjacent desktop search.

This is not something entirely new nor surprising as Google has indeed offered Hotel Metasearch and other features via maps and search products, but he guided users to other companies when it comes to generating conversions. But while Google gets around 5% of his revenue from Priceline or Expedia, the reality is that they did want to enter this particular industry in a much better, professional manner. It seems that Google is trying to start a new game after their launch of Google Hotel finder.

The problem for them is to get people use their instant booking tool, a challenge that TripAdvisor also had to deal with for around a year after launching its new feature. No major hotel chain from the US is participating, although TripAdvisor did get Choice, Accor and Marriot.

Performing a new hotel search is very simple to be honest and it seems to bring in a lot of interesting information into the mix. At first, you perform the search on Google, choose hotels and then see the hotel page. Once you do that, you will be able to access all the desired hotel information very fast and with complete precision.

However the interesting thing is that now all the users are directed to a Google booking page instead of an affiliate page like they were before, and all they have to do is to share the contact information in order to receive a mail confirmation from the hotel.

It’s nice that this tool integrates with Google Wallet, so payments are made very fast and if you already added CC data information to your Google Wallet account then you don’t have to do anything other than initiate the purchase. Everything is performed via a single interface, showcasing the power of this great and professional tool that you can use.

Sabre Hospitality Solutions are powering the backend, which is quite surprising, but the results are good so far.

The interesting thing however comes from the fact that Google offered this feature mostly for mobile which does come as quite a surprise, because it brings in some immense challenges and numerous massive opportunities right off the bat. It’s a very exciting feature that has arrive on desktop platforms only this year, but it will definitely continue to provide some great results for sure in the years to follow.

Such a feature was indeed a great addition and it was also expected because Google did license the Room 77 hotel booking tech around 14 months ago, so the existence of such a feature was indeed something real! Either way, we will have to wait and see how Google manages to deal with this, but they will surely revolutionize the hotel world in one way or another, that’s for sure! 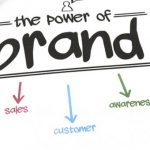 The hidden power of the Big BrandsBlog 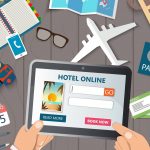 Metasearch what should you know about itBlog